The Left and the Jews: A Tale of Three Countries

Click Here to Read: The Left and the Jews: A Tale of Three Countries: First in a series on the American left: Will left-wing anti-Zionists and anti-Semites in America succeed in hollowing out the traditional liberal left in the United States, as they have in Britain and France? By Paul Berman on the Tablet website on November 11, 2018.

A miniature from en:Grandes Chroniques de France depicting the expulsion of Jews from France in 1182. This is a photograph of an exhibit at the Diaspora Museum, Tel Aviv – en:Beit Hatefutsot. (Photo taken by en:User:Sodabottle)/ Public Domain via Wikimedia Commons. 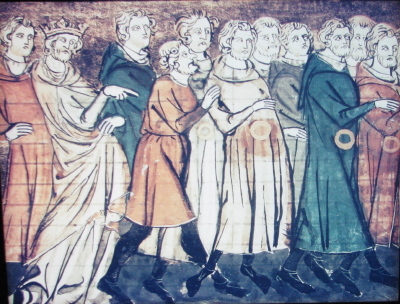 Previous post: The Hate U Give: Police brutality in America and its consequences