Join us for a Special Event sponsored by the Friends of the Brill Library
Person Place Thing at NYPSI with Randy Cohen, Sarah Boxer, and Jill Sobule
e Thursday, February 13, 2020 at 7:00 pm The Marianne and Nicholas Young Auditorium 247 East 82nd Street, NYC 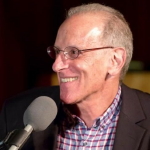 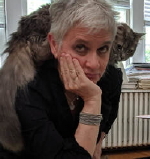 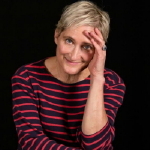 Randy Cohen                                Sarah Boxer                    Jill Sobule
Person Place Thing is an interview show based on this idea: people are particularly engaging when they speak not directly about themselves but about something they care about. Guests talk about one person, one place, and one thing that are important to them. The result? Surprising stories from great speakers.

At this evening’s show, Randy Cohen will interview writer Sarah Boxer, accompanied by music by Jill Sobule. This event will be recorded for broadcast on Northeast Public Radio. For more information and to hear past episodes, visit PersonPlaceThing.org

General Admission – $15
No charge for NYPSI students/ members
Purchase Tickets
Sarah Boxer is a writer of non-fiction and graphic fiction. She has published three books: In the Floyd Archives, a cartoon novel based on Freud’s case histories, its post-Freudian sequel Mother, May I?, and the anthology Ultimate Blogs. She is a contributing writer at the Atlantic and has written for a range of magazines, from the New York Review of Books to Artforum. Her essays appear in such anthologies as the Peanuts Papers, You Are Here: NYC, and Best American Comics Criticism. From 1998 to 2006, at the New York Times, she served variously as photo critic, web critic, arts reporter, and editor at the Week in Review and the Book Review. She is now working on a series of Shakespearean tragic-comics (with animals), including Hamlet: Prince of Pigs and Anchovius Caesar: The Decomposition of a Romaine Salad.

Randy Cohen’s first professional work was writing humor pieces, essays, and stories for newspapers and magazines (The New Yorker, Harpers, the Atlantic, Young Love Comics). His first television work was writing for Late Night With David Letterman, for which he won three Emmy awards. His fourth Emmy was for his work on Michael Moore’s TV Nation. He received a fifth Emmy as a result of a clerical error, and he kept it.
For twelve years he wrote “The Ethicist,” a weekly column for the New York Times Magazine. In 2010, his first play, The Punishing Blow, ran at New York’s Clurman Theater. His most recent book, Be Good: how to navigate the ethics of everything, was published by Chronicle. He is currently the creator and host of Person Place Thing, a public radio program.

Jill Sobule is an American songwriter/guitarist/singer (and Sarah Boxer’s cousin), best known for her 1995 “I Kissed a Girl,” and “Supermodel,” from the soundtrack of the 1995 film Clueless. Her folk-inflected compositions alternate between ironic, story-driven character studies and emotive ballads. In a dozen albums spanning three decades, the Denver-born artist has tackled such topics as the death penalty, anorexia nervosa, shoplifting, reproduction, the French Resistance, adolescent malaise, LGBTQ issues, and the Christian Right.

Next post: The Representation and Self-Experience of the Body in Literature and Psychoanalysis with Merle Molofsky at NPAP