Panacea or Posion: Placebos and Nocebos in Modern Medicine at the Helix Center 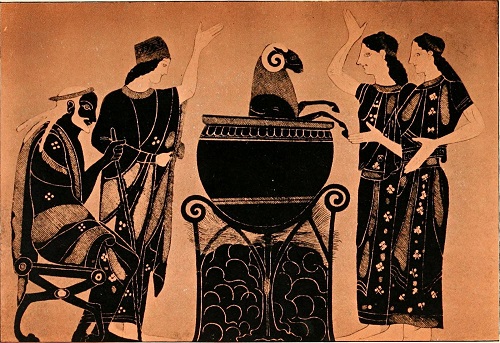 Placebos “work” for quite a few medical problems. But how? And what is the work they do?

What one thinks a medicine is capable of, one’s idea of that medicine, may affect us in the way “proper” medicines do. This implies that, in observing the work of a placebo we are watching an idea affect biology, the mind moving the body.

Despite the dualist notions this description elicits, where mind and body are held as separate entities, most neuroscientists, generally of a monistic bent, welcome the challenge of the placebo effect. Most insist that placebos precisely demonstrate that the mind is one with the body. Yet, fabulous stories of placebo cures, both astounding and well-confirmed, produce the evidence but not yet a complete account linking belief to cure. By what mechanisms do our thoughts affect our health? Are placebos a special case of how ideas impact our physical selves; or rather, does this open a window into how all thinking works?

The inverse of the placebo, the nocebo effect, produces rather than mitigates symptoms. Here an inert substance believed to be a “poison” can essentially poison us. More commonly, physicians worry about “suggestibility,” when, for example, a patient insists “if anyone will get that side-effect, it’ll be me.” At the same time, many patients refuse to consider that their “psychology” has anything to do with the symptoms they experience. But if we wish to move away from the notion that the nocebo effect is “all in one’s head,” what then is suggestibility? What accounts for the range of responses in the population to the placebo and nocebo effects?
History chronicles the universal desire to stave off illness, to lesser or greater degrees a concern of all cultures. What we now refer to as the placebo effect evolved out of the mythical and magical practices of the shaman. But, with a modern belief system less conducive to shamanism, the “inert” placebo is often viewed as deceptive. Might we yet arrive at an ethical reliance on placebo treatment, both to determine and then harness their evident value in promoting emotional and physical health?

Register here to join Zoom webinar as an audience member. Invites will be given to first 100 who register.
This roundtable will also be streamed live and can be watched on Youtube (youtube.com/helixcenter) or on our website (helixcenter.org/videos)

The Participants
Luana Colloca is an NIH-funded faculty at the University of Maryland Baltimore. Dr. Colloca holds an MD, a master degree in Bioethics and a PhD in Neuroscience and completed a post-doc training at the Karolinska Institute in Stockholm, Sweden and a senior research fellowship at the National Institutes of Health in Bethesda, USA.Dr. Colloca has conducted pioneering ground-breaking studies that have advanced scientific understanding of the psychoneurobiological bases of endogenous systems for pain modulation in humans including the discovery that the vasopressin system is involved in the enhancement of placebo effects with a dimorphic effect. Currently, her team conducts basic and translational research on orofacial chronic pain, brain mechanisms of expectancy- and observationally-induced hypoalgesia, and immersive virtual reality. She is internationally renewed as a leading scientist for neurobiological mechanisms of descending pain modulation, placebo and nocebo effects using an integrative approach including psychopharmacological, neurobiological and behavioral approaches. Her research has been published in top-ranked international journals including Biological Psychiatry, Pain, Nature Neuroscience, JAMA, Lancet Neurology, Science and NEJM. The impact of her innovative work is clear from her outstanding publications, citation rate and numerous invited lectures worldwide. Her research has been also featured on The National Geographic, The New Scientist, Washington Post, Science daily, Boston Globe, The New Yorker, Nature, The Guardian, The Wall Street Journal, News and World Reports and USA Today. Dr. Colloca has been recently honored with prestigious awards including the 2016 Wall Patrick International Award for basic research on pain mechanisms by the International Association for Study of Pain (IASP).

Phoebe Friesen is an Assistant Professor in the Biomedical Ethics Unit and Department of Social Studies of Medicine at McGill University. Before taking up this post, she completed her PhD in Philosophy at the CUNY Graduate Center in New York and worked as a Post Doctoral Fellow at the University of Oxford. She has broad interests in research ethics, philosophy of science, and bioethics, and often utilizes qualitative research in her work. Currently, she is working on projects that consider moral dimensions of the placebo effect, community involvement in research ethics governance, and participatory research in psychiatry.

Kathryn Hall is Associate Molecular Biologist and Assistant Professor in the Division of Preventive Medicine at Brigham and Women’s Hospital and Director of Placebo Genetics in the Program in Placebo Studies hosted at Beth Israel Deaconess Medical Center. After receiving her PhD in Microbiology and Molecular Genetics from Harvard University she spent 10 years in the biotech industry tackling problems in drug discovery and development, first at Wyeth (now Pfizer) and then at Millennium Pharmaceuticals (now Takeda), where she became an Associate Director of Drug Development. Dr. Hall returned to Harvard Medical School in 2010, joining the Fellowship in Integrative Medicine at Beth Israel Deaconess Medical Center in 2012, and receiving a Master’s in Public Health from Harvard T.H. Chan School of Public Health in 2014. Dr. Hall was the 2015 Harvard Catalyst Program for Faculty Development and Diversity Inclusion (PPFDD) faculty fellow and is the 2019 BWH Minority Faculty Career Development Awardee.Dr. Hall’s recent research has focused on catechol-O-methyltransferase (COMT), an enzyme that metabolizes catecholamines and estrogen and has pleiotropic effects in a broad set of diseases and treatments, including cardiovascular disease and cancer. Among her accomplishments is a landmark paper identifying COMT as one of the first genetic markers of placebo response, a publication in JCI Insight on the placebo genetic network or placebome. She was recently awarded a Radcliffe Exploratory Program grant which supported the groundbreaking Placebome in Clinical Trials and Medicine Conference in 2019.

Robert Klitzman ,M.D., is a professor of psychiatry at the College of Physicians and Surgeons and the Joseph Mailman School of Public Health, and the Director of the online and in-person Bioethics Masters and Certificate Programs at Columbia University.  He has written over 150 scientific journal articles, nine books, and numerous chapters on critical issues in bioethics regarding genetics, neuroscience, psychiatry doctor-patient relationships and other areas.   His books include The Ethics Police?: The Struggle to Make Human Research Safe, Am I My Genes? Confronting Fate and Family Secrets in the Age of Genetic Testing,  Designing Babies:  How Technology is Changing How We Have Children, When Doctors Become Patients, A Year-Long Night: Tales of a Medical Internship, In a House of Dreams and Glass: Becoming a Psychiatrist, Being Positive: The Lives of Men and Women With HIV, The Trembling Mountain: A Personal Account of Kuru, Cannibals and Mad Cow Disease, and Mortal Secrets: Truth and Lies in the Age of AIDS. Klitzman has received numerous awards for his work, including fellowships from the John Simon Guggenheim Foundation, the Russell Sage Foundation, the Commonwealth Fund, the Aaron Diamond Foundation, the Hastings Center and the Rockefeller Foundation. He is a member of the Empire State Stem Cell Commission, and the Ethics Working Group of the HIV Prevention Trials Network, and served on the U.S. Department of Defense’s Research Ethics Advisory Panel. He is a Distinguished Fellow of the American Psychiatric Association, a member of the Council on Foreign Relations, and a regular contributor to the New York Times and CNN.

Copyright © 2021 The Helix Center for Interdisciplinary Investigation, All rights reserved. You are receiving this email because you opted in at our website, or via NYPSI.

Next post: A breathtaking treasure reveals the power of the woman buried with it