New Forms of Melancholia with Massimo  Recalcati at Apres-Coup 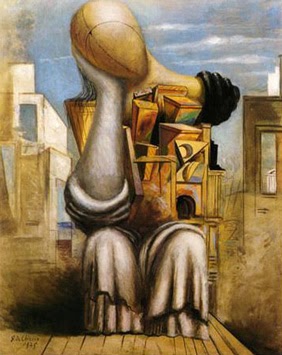 The Freudian clinic has described melancholia as a moral delusion mostly based on a sense of guilt. Due to the way in which repression is now being understood, we are identifying forms of melancholia that indicate an eclipse of desire rather than guilt. These forms become the opportunity to clarify differential diagnoses in an era in which so-called borderline states seem to blur the structural distinction between neurosis and psychosis.

Massimo Recalcati is a psychoanalyst in Milan, a professor at Pavia and Verona, and an author widely translated in Europe and South America. His books in English (Polity Books) include The Mother’s Hands: Desire, Fantasy and the Inheritance of the Maternal and The Telemachus Complex: Parents and Children after the Decline of the Father.

Advance registration is required to attend.

Attendance is free for members of Après-Coup as well as for the faculty and students of the School of Visual Arts. However, advance registration is still required.

Please note: There will be no ticket sales at the door.

*Students will be required to show their IDs at the door.