Click Here to Read:  Albert Einstein, celebrity physicist: In Einstein’s later years, although his contributions to physics became increasingly marginal and abstract, the press continued to trumpet his far-flung unification schemes as if they were confirmed scientific breakthroughs by Paul Halpern  on The Physics Today website on Volume 72, Issue 4.

Albert Einstein during a lecture in Vienna in 1921. Public Domain via Wikimedia Commons 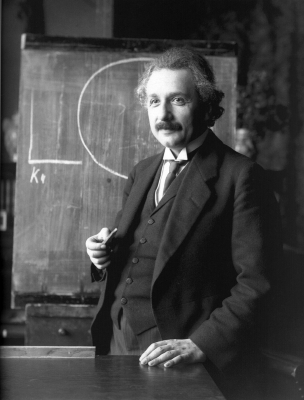 Next post: Is There a Science to Psychotherapy? Neuroscience findings suggest that psychotherapy alters the brain